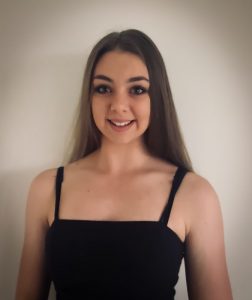 Sofi began dancing at age 5 with preliminary tap lessons, she then continued on to join ballet, jazz and contemporary over the following years at Wendy Barker Dance Studio. At the age of 6 then began competing at dance competitions in all genres until her move to Centenary Dance Academy in 2013. Sofi has since attended the QDSE program held at Kelvin Grove State College through grades 8 and 9 then continued on to receive a Certificate 3 in Dance during year 10 through RAW Dance Company. Thought these 3 years Sofi was also a member of the Ballet Theatre of Queensland and achieved a lead role in her last year as the Summer Fairy in their 2017 production of Cinderella. She has also been a part of the senior troupe here at CDA over many years. Sofi began assisting at CDA in 2016 with creative and prep ballet classes and continues to further her knowledge in dance teaching for many years to come.